Hello! Do you feel like you've been here before? Probably you've been to another place that's very much like here. My name is Kelly and I'm really enthusiastic about things I love. I most love makeup, kdramas, and kpop. Oh, and also my family.

Hey hi hello, how’s it been going? Not great here, not great at all. Health issues have kept me away quite a bit and an appointment yesterday was pretty fucking discouraging, so I expect the general withdrawal from human society to continue until some unknown point in the future.

PHILLIP DID SOMETHING YESTERDAY AND I SWEAR TO SHIT I ALMOST KILLED HIM and here I am to tell you about it.

Yesterday morning, Phil texted me something about a diet – he said something like hey, I think I’m going to try the Bulletproof Diet. It sounds like junk science, but I might give it a try.

And I said what I usually say, you know, to people in general about diets: junk science or whatever, it’s about finding something that works for your body, and more importantly, something you can stick with, and we moved on.

I was on a pretty extreme diet for a long time, and I lost a lot of weight – somewhere between 50 and 60 lbs. While it is very tempting to be an outright evangelist for the diet, I realize it can’t work for everyone, either because their bodies don’t work that way, or they just can’t stick with it. And I don’t mean that to sound like a personal failing kind of thing – oh, most people are TOO WEAK LIKE LITTLE BABIES TO STICK WITH IT. No, it’s an obnoxious diet, and it can be a pain in the ass, and frankly, it’s really pretty unrealistic for most people. When someone decides to do it, I’m happy to talk about it, but I’m not running around shoving that shit on people.

Anyway, day goes by, and later on, Phil picks me up to take me to my neurologist. We’re in the car, and he’s got a podcast on. The Nerdist. And they’re just chatting, and someone says something about a “butter and fat” diet. And I asked Phil, are they talking about the diet you mentioned to me this morning? And he said yeah, and this is the guy who plays Superman.

“No, this is the Bulletproof diet. See, there’s this coffee –”

“With butter in it, maybe?”

“And let me guess, the rest of the diet is butter and fat and protein and extremely limited carbs.”

At this point, I was completely turned in my seat to stare at him in shock. And he knows – HE KNOWS. I can tell by the look on his face.

And he tries to recover, right.

“Well, you know, they were talking about the science behind it.”

“You mean the science where your body goes into ketosis when it has no carbs to burn for fuel, and starts to burn your fat cells instead? Is that the junk science you were talking about earlier?”

“You mean the phenomenon you watched happen in your actual house TO YOUR ACTUAL WIFE for 50 goddamn pounds?”

“Well, there are similarities.”

“PHILLIP IT IS THE SAME GODDAMN DIET.”

And he knew it was! He definitely knew.

Listen, you are either the type who gets why I was about to shoot through the roof of the car on the sheer power of my incandescent rage, or you are not, and if you are not, you are probably asking yourself, what’s the big deal? How is this a big deal? IT’S A BIG DEAL. 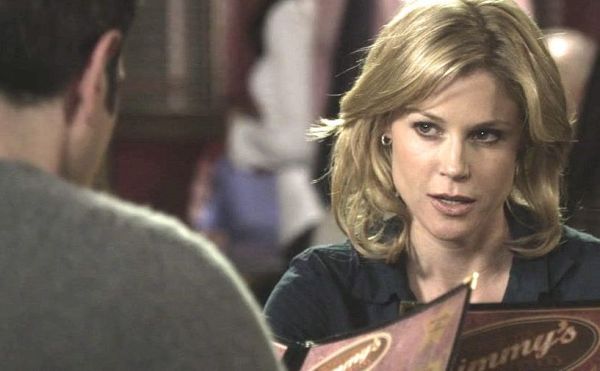 “Ok ok ok, so let me get this straight. You see me decide to go on this diet. I explain the diet. I actually enact the diet and eat the exact way they’re describing on this show. You can physically see that there is like 25% less of me than there was two years ago. Your own wife doesn’t just tell you this, but ACTUALLY DEMONSTRATES IT IN YOUR HOME. A woman actually acts it out for you in real life. But then some stranger internet men come along and mention it, and suddenly you’re on board?”

I told him, I really don’t think I’ve ever been more of this bewildered and shocked kind of furious with you. In your entire history of being Phillip, this is the most Phillipiest shit you have ever done. I spent half the car ride just staring at him with my mouth open. THIS IS THE WEDGE SALAD THING, PHILLIP. THE WEDGE SALAD.

I immediately called my sister and relayed the story.

He, of course, finds the entire thing hilarious.

I find myself unwilling to share all my accumulated tips and tricks for eating less than 20 carbs a day and not being a miserable shit about it.

MAYBE SUPERMAN CAN HELP HIM OUT.

I went in to my appointment, which always takes a long time, because the doctor spends the entire time with the patient. (My appointment was at 2. I went back at 3. I heard the medical assistant finally have to hustle the previous patient away from the doctor, saying, “It’s 3pm and you’re the 3rd patient he’s seen today. We need to get moving.”) The appointment sucked for various reasons (but my doctor is good and listens so not those reasons). I got back in the car, and it took me three entire songs to notice that Phil was playing a playlist composed entirely of songs with Superman in the title.

11 responses to “MAYBE YOU CAN MARRY SUPERMAN.”